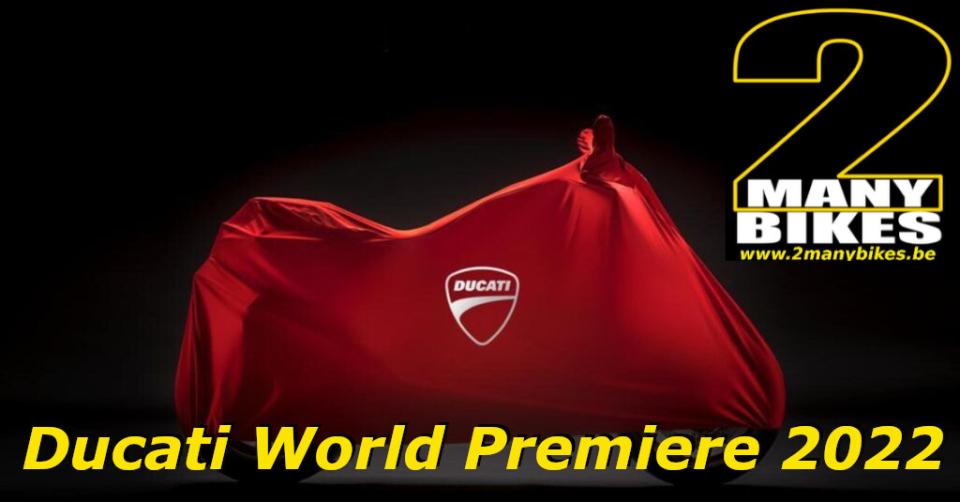 Ducati will present three more new products for 2022 as of Thursday 17 February.

The formula remains that of the World Premiere Web Series, with Ducati unveiling its new models online, rather than the traditional way at a motorcycle show.

The Italians keep up the pace, because there are three more to follow.

The three episodes with which Ducati will conclude the presentation of the 2022 range can be seen on Thursday 17 February, Thursday 3 March and Thursday 10 March, each time at 4 PM on the Ducati website and their YouTube channel.